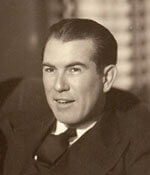 Carroll E. Holloway, Sr. came to Simsbury, CT with a one-way ticket from Missouri and an offer to work for Folly Farm. Although he loved the farm, Carroll was a salesmen at heart. He sold tractor carts, ice-cream novelties out of his home freezer, and music records. Many folks still remember his record store, called "The House of a Thousand Melodies", and how he would take his portable PA system up to Hublien Tower and spin records for anyone who wanted to dance. It was in the 1940's when he started selling appliances out of his garage, which eventually led to opening an official store front in town.

Carroll's business sense compelled him to think bigger - building his own store. In 1951, Carroll Sr. built the first Holloways store, named Carroll E. Holloway Television and Appliance, located in the College Highway Shopping Center in the north end of town. It wasn't long before he hired his two teenage sons, Carroll Jr. and Robert, to install television antennas on his customer's rooftops. Over the next 30 years, Carroll Jr. and Robert dedicated themselves to the business with their father, building a close relationship with the town and it's people. 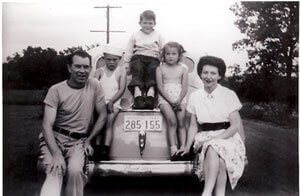 In 1983, at the death of their father, Carroll Jr. and Robert took over the business. They continued to embrace the spirit of what their father grew the business on - honesty, integrity and great customer service.

In 1991, Robert's son, Gary joined the business full-time. He was already well experienced with the business after putting in many years on the delivery side while he was still in school. 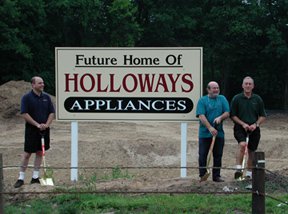 In the summer of 2005, Holloways Appliance Center opened a brand-new showroom, just a short distance north of their original location.

Holloways is one of the largest showrooms in Connecticut, with a 9,000 square foot showroom displaying live appliances,high-end kitchen vignettes and rows of all of the major appliance brands.

Today, as a member of the NECO Alliance buying group, we can offer the same selection and competitive pricing as the nationally known retailers. The difference is when you buy from Holloways, you get a competitive price plus all the service you expect and deserve. 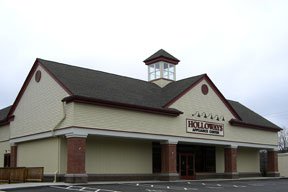